We’ve had a basket of strawberries sitting, mostly untouched, in our fridge since the earlier part of this week. J does not usually go out of his way to eat fruit, and I prefer to eat berries paired with something, lest my face end up scrunched up like a paper ball due to the tartness of the berry. And so I found myself in a familiar predicament, wondering what on earth I was going to do with all this fruit.

In the past, I’ve made strawberry turnovers and strawberry sorbet, but I wasn’t feeling like something as sweet as turnovers, and it is starting to get a bit too cold for sorbet. I’m not sure why the thought of shortbread ended up crossing my mind, perhaps because it is something I haven’t had in a while (since it’s more of a British thing), but I started searching for strawberry shortbread recipes, and eventually settled on this recipe for strawberry and white chocolate shortbread.

Since I was using fresh strawberries, I had to oven dry them beforehand which, unfortunately, resulted in a loss of that beautiful red colouring. While I suspect it was probably due to the fact that I sliced them a little too thin, I’d have to experiment a bit more to figure out how to get them just right.

I ended up yielding about two trays worth of cookies, and gave about half of them to my mother-in-law. If I were to make them again, I think I’ll probably try using chopped white chocolate instead of white chocolate chips. The white chocolate chips didn’t quite seem to melt or soften despite being in the oven, and biting into them was almost akin to biting into large nuts – which was not the kind of texture I was looking for in this shortbread. 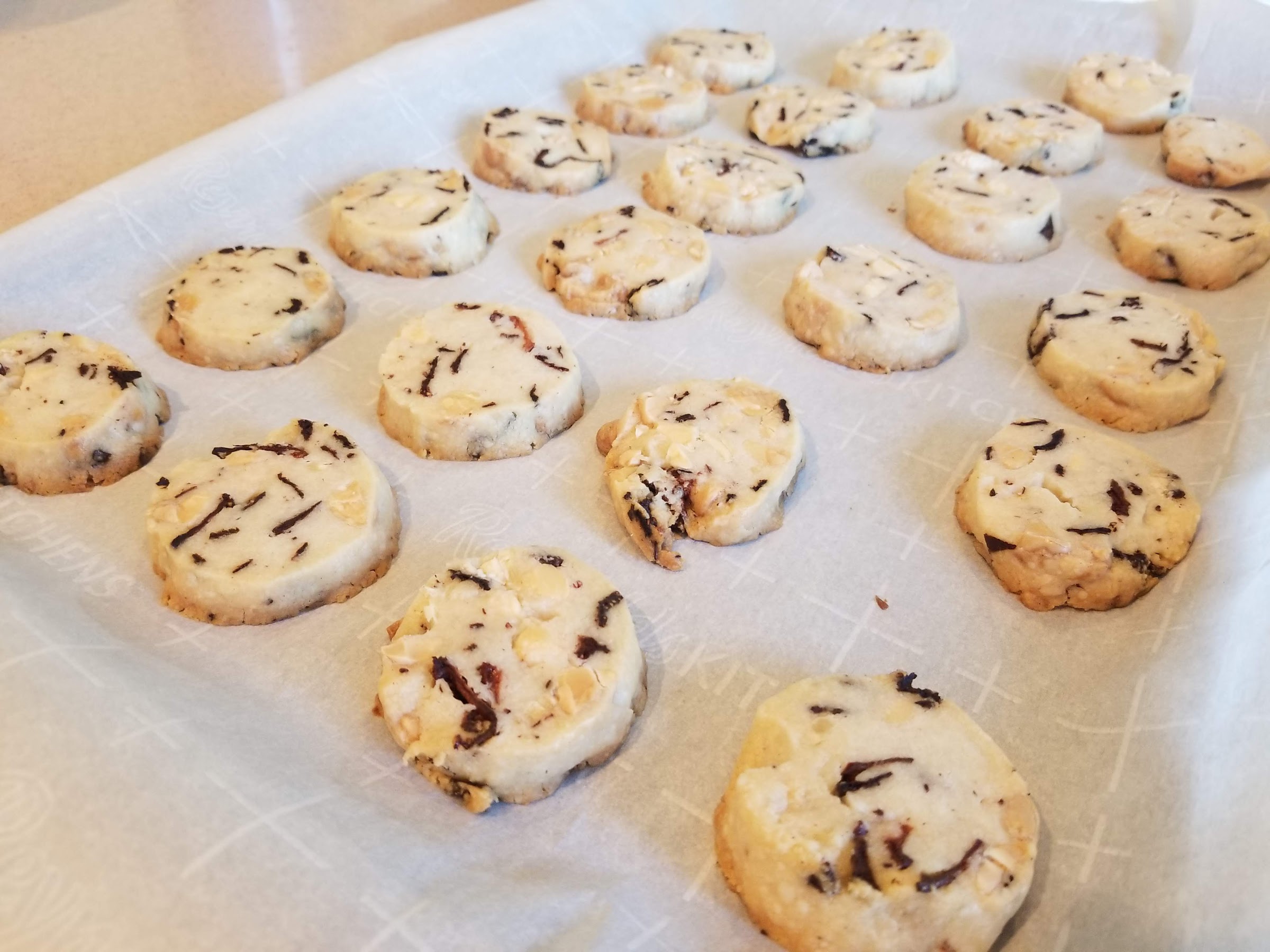 The above isn’t the prettiest of pictures. I seem to have an inability to cut straight using a knife, which resulted in a number of odd-sized or shaped cookies. J spoke to my mother-in-law over the phone on a different matter, and she asked him if he knew where the cookies came from. She thought they were “deslish!”, and said they looked ‘homemade’. While ‘homemade’ might very well be a euphemism for ‘ugly’, I’ll take it as a compliment anyway.

View all posts by eatloveyonder